PREMIERE:Double Drop ft 808DNA – Until We Love Again (Matt Sawyer Remix) [My Other Side of the Moon]

Might I – Weight Of The World (Original Mix) [Position Obscure]

Furkan Cinar – For You (Original Mix) [Eye And Eye]

info :
The World completely changed in 2020.
While the Dance Music Scene moving to new period so that same, STUDIO APARTMENT which seeing 20th anniversary, also is up to next stage…
The New Album ‘2020~’ being turning point will be release on Saturday in 28th November that is first time for 8 years!
The artwork in this time, based 3 types elements which are ‘melancholy’, ‘race’ and ‘energy’ and joining from big artists and talented who are ‘Barbara Tucker’, ‘TOSHI’, ‘Monique Bingham’, ‘AK’, ‘MAUMA’, ‘Andy Huckvale & Deckert’ and ‘Joi Cardwell’.
The sounds are simple means as sophisticated, the silhouette are subtle and very rich..expressing the house music in new era which is at the cutting edge and also classic.
4 tracks single cut in advance to the Album ..’River Village Sun feat.MAUMA’ which STUDIO APARTMENT reached a brand new field. And ‘Krut Pha feat. MAUMA’.
‘More Love feat.Barbara Tucker’ which is exquisite beauty and also as if a gracefully sublime dinner with a diva.
‘Njengengoma feat.TOSHI’ with the new diva of the Afro House world which was famous for the anthem ‘Buya’ of Black Coffee, the highest peak of the current scene which was at the centre of attention when just released.
Last year, ‘Shoulder’ gaining prominence as a symbol of ‘STUDIO APARTMENT’ that reborn, ‘Club Lonely feat. Joi Cardwell(Hallex M Album Edit)’ that is immortal classic revived in modern age and others which are total 16 tracks recorded.
Electric Mellow ‘Slow Motion feat Andy Huckvale & Deckert’ which magnificent and fascinating.
‘Anunnaki feat. MAUMA’ which is to make excited with full of euphoria.
‘Wood Star’ which is dark and mysterious.
‘Bamboo Bomb feat. MAUMA’ which is spiritual Tech.
‘LED Soil feat. MAUMA’ which native Afro tribal.
‘African Rhyme feat. MAUMA’ African which is addictive tangled passion and calm and
‘Imprint Of The Sun feat. MAUM’ which the deeply alluring tune. ‘Oumuamua feat. MAUMA’ which energetic native soul.
Furthermore, it should be noted that ‘Sign Of Love feat. AK’ one of the gems featuring Japan’s leading Diva AK, which will meet again 13 years after the release of one of STUDIO APARTMENT’s biggest hits, ‘Beautiful Sunrise’.
It is 3rd collaborations with ally Monique Bingham since ‘Flight’ in 2004 and ‘Found Him’ in 2007. Deep and profound ‘Sun Ra Was Right feat. Monique Bingham’ which majestically her voice resonated .
Each tracks are very originative that can be modern merkmal.
Repeating extension and constriction, House music has changed a lot in the last few years. This work is deep, tech, afro, progressive..
A modern update of all the sounds that STUDIO APARTMENT has cultivated over 20 years of activity. Just like the title ‘2020~’, it gives a hint of a new trend that will color the present and future.
Moreover, not only the functionality on the actual floor, but also the polar regions of the floor that suddenly emerged in 2020 … Even in the virtual, its colorful and holic sound creates an overwhelming immersive feeling, making it ideal for online entertainment. ‘2020~’, which has high strength as dance music in the 2020s and suggests the possibility of house in the future.
Now, it is time to listen and experience STUDIO APARTMENT world with whole body! 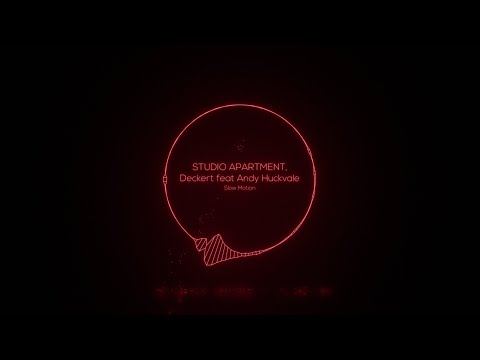